starts with a brand new blog entry. A lot is going on at the Roots-HQ lately despite snow and ice. 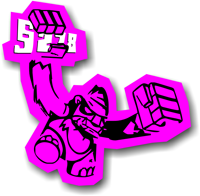 Besides the marvelous fist paw-pin, we have a brand new pamphlet in our shop, called “Liberation Days“, regarding repression against political activists. Unfortunately it is in german. The pamphlet ist based on the conference of the same name which took place from May 21 to 24, 2009 in Vienna, Austria. The cause was the arrest of ten animal rights activists in Austria on May 21, 2008. At around 6:00am members of the Viennese elite police force (WEGA) stormed several apartments in Vienna. A total of twenty-three apartments, houses and offices were searched in Vienna and other cities in Austria. The grounds for the searches was the accusation “Formation of a Criminal Organization” according to §278a. Ten activists got arrested and released after 3 1/2 months. The lawsuit will start on March 2, 2010 at the district court in Wiener Neustadt. The court sessions are scheduled to take place over six months, with the court convening three days a week. Approx. 10.000 EUR (US$ 14.500) per person are estimated for the costs of the lawsuit. The accused are dependent on your solidarity actions and donations. If you want to support them, please transfer your money to following bank account:

Soon we will have a Solidarity-Button in our shop, so stay tuned!