We got some new designs for you! Firstly, there’s the secret society of vegans. You might already have seen it: it’s from Vegancross.co.uk. They don’t print it anymore, but we do:“SSOV women” and “SSOV unisex”. Join the Secret Society of Vegans!
Further, there’s the new “Veganism”-t-shirt, also available as women and unisex shirt.
Then there are two shirts you might have seen in our shop already. Because many of you asked for the “Until all are free”-design as a t-shirt – here they are: “Until all are free women” and “Until all are free unisex”. And the other one is our new racoon. It’s with german text, but maybe you’ll like it anyway.
Our friends at Herbivore created some designs we really like and now we are allowed to offer them to you as well: the first is our new “Cowhugger”-t-shirt. Of course, what you see here is meant as a metaphor – please don’t go and start hugging every cow you see. We suspect they wouldn’t like it.
And the second design from Herbivore is the “Praise Seitan”-t-shirt (unisex/women). As you will know, Seitan is also known as gluten or wheat meat, and we think this wonderful food should be praised everywhere!
Maybe you love seitan so much that you really think of joining the Church of Seitan? Here we go: the “In Seitan We Trust”-t-shirt is available now, too! “In Seitan We Trust” unisex and “In Seitan We Trust” women.
Now, for those who think that these designs a little bit too dark – we also have a cute new one. Do you remember the blue sticker “Eat Yourself”? If you liked it, maybe you want to wear this message as well? This is the women shirt, and that’s unisex.
Okaaaay, now, this is number 9 and the last one. And again a german one. We are sure that you’ll agree with us, that only freedom is species-appropriate. That’s what our shirt says: “Artgerecht ist nur die Freiheit” women and “Artgerecht ist nur die Freiheit” unisex. 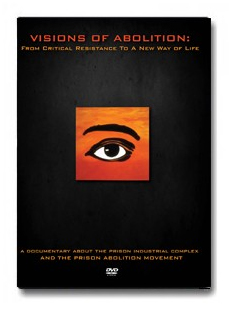 Soccer vs. the State by Gabriel Kuhn;
Prison Round Trip by Klaus Viehmann, a reflection on prison life;
Sing for your Supper by David Rodics, a DIY guide to playing music, writing songs, and booking your own gigs;
Self-Defense for Radicals by Mickey Z.;
Organizing cools the Planet by Hilary Moore und Joshua Kahn Russell – stories, organizing tools, provocative questions etc.;
Direct Action Report, a look back at direct action in 2011.

Visions of Abolition is a documentary about the prison industrial complex and the prison abolition movement.

Some time ago we listed a cool bottle with our freedom design which can be used for cycling, hiking, climbing and so on. For those of you who didn’t trust the Sport Cap we now have Loop Caps as well.

We already mentioned it: roots of compassion started a small vegan shop in Münster for all our local customers. Maybe that’s one reason why we have a lot of new food. Or is it just because we enjoy eating soo much?

Yes, we know, they are not cheap at all. But they’re organic, fair trade and handmade. And the returns don’t go into someones private pockets, but they serve for supporting the animal sanctuary “Antitierbenutzungshof” in Germany.

In our local store we sell some other Vegusto cheeses, too. Online we can only offer you the fantastic No-Muh Snack.
And there are new sausages: Frankish style.

We hope you like all the new stuff and that you have some very nice spring days!