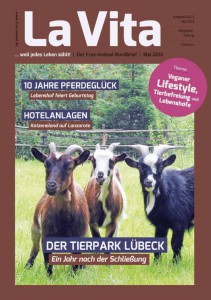 This article was published in La Vita 01/2013, a magazine by Free Animal e. V. We think it mentions some important issues and so we put it into our blog. It was read by many people, not only in Germany, but in other countries, too. Others found it important, too, and translated the article into other languages like English and Spanish. So here’s the english version …

Last year Free Animal (a German registered charity that supports animal shelters where so-called domestic as well as farm animals can live free of exploitation until their natural death) took part in several vegan events and street festivals. We had some positive experiences but what mostly remains is a lot of frustration because of the response to our stalls. At vegan festivals visitors spend large amounts of money on commercial products but at our stall we are often asked if “the sticker is for free” and people are surprised to hear that we expect them to pay for our magazine “La Vita”. 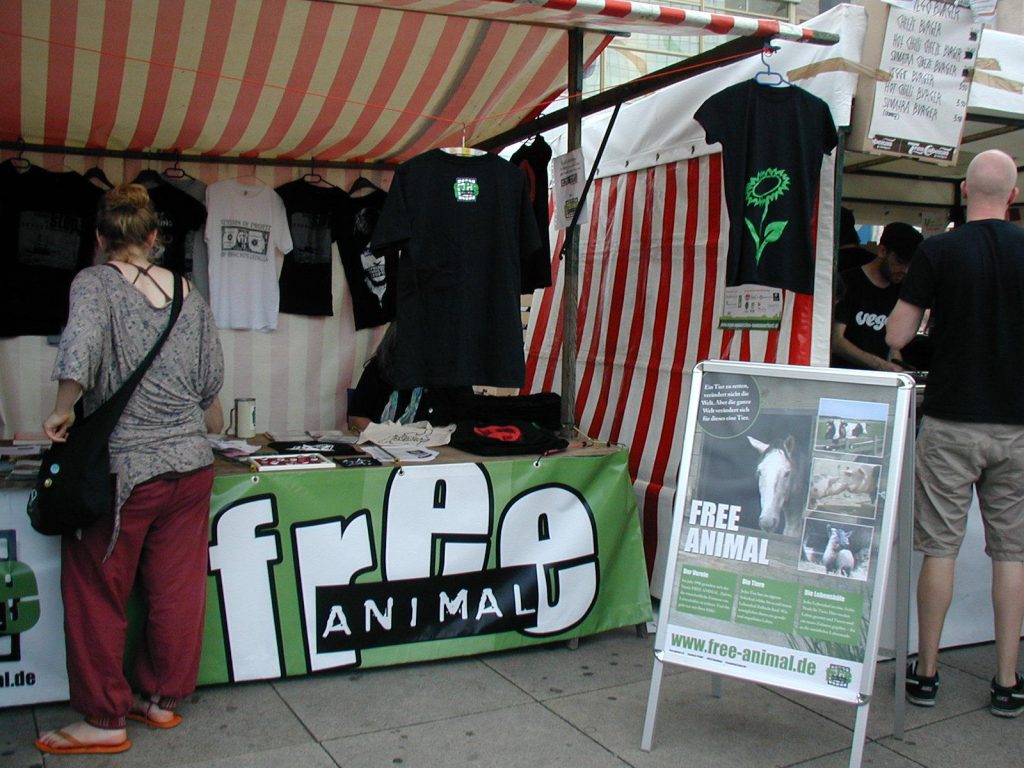 People are eager to try the home-made chocolates we sell and also like them but spending a few euros on a bag seems too much to ask for. So we are wondering where the idea of animal liberation − and with it the sanctuaries – is heading. Are the liberation of animals as a political fight and possibly the animals as well in danger of being swallowed up by the bright spectacle of “vegan lifestyle“?

We have the impression that many people in the animal liberation movement lack an awareness of the sanctuaries being a project of the entire movement. Some people have to run the sanctuaries and do all the practical work but everyone should feel responsible for them and also support them financially. It is not enough if people at the stall tell us “You do a great job“, “It is great that something like that exists”. Instead, it is necessary that those who say such things actually donate a few euros to support the sanctuaries. But, unfortunately, most people don’t see this as self-evident. The animals at the sanctuaries need food, litter, veterinary care, hoof care; stables need to be repaired etc. And that costs a lot of money. A fabric bag at the stall costs 4.50 euros because the “profit“ is urgently needed for the sanctuaries. At vegan events visitors are prepared to pay 6 euros for a doner kebab and don’t try to bargain because they know: no money, no doner. But at our stalls they hem and haw and try to get a sticker or button for free after all.

One more thing we learned – not only – from last year’s vegan events is: You can deal with veganism without mentioning animals at all. Without thinking about it also vegans make being vegan only a lifestyle issue, which they sometimes try to hide in order to avoid unpleasant discussion. This of course does not help to overcome the exploitation of animals. How could it? This way no one is encouraged to question social conditions and the relationship between humans and animals. The vegan sausage is but another alternative alongside the one made from meat, but the fact that others do eat meat is not called what it really is, a scandal.

The question we ask ourselves is: Why do people become vegan, how do they see their veganism, what do they think is necessary so that animals can be free and their exploitation can be overcome, and is “exploitation” actually still a category for the average vegan? With all the pleasant discussion about vegan cooking and shopping you can easily forget that veganism is not an attitude in itself but that it is – or at least it used to be – the practical realisation of a much more comprehensive political necessity, namely the one of standing up for animal rights and of fighting for the liberation of animals from exploitation by humans. And this includes dealing with this exploitation, understanding the underlying interrelations and structures and working towards overcoming them.

In our society everything becomes a commodity, even veganism and the large number of colourful vegan products that we all like so much. Of course it is nice to be able to get your soya or other plant milk and tofu burgers in any supermarket. But it would be fatally naive to believe that this is a big step towards a society where animals are essentially better off or to think that companies offer these products because of a change of consciousness regarding animals. Just as the animals that supermarkets sell in the form of steaks, breakfast yoghurt or organic eggs are nothing but commodities that are solely meant to make the owners of the companies richer, vegan products are a market segment with which producers can make welcome money today. And why shouldn’t a manufacturer or a supermarket chain offer tofu sausages if it is lucrative? So, on the shelves, next to pork sausages, customers can find sausages made from tofu or seitan as well. But this has got nothing to do with the pigs or the tofu or the attitude of the supermarket chain towards either of them. Of course this cannot be compared with the small vegan businesses, shops or restaurants run by one or two people who are also animal rights activists. But their market share is extremely small compared to that of the big companies.

Animal liberation is a political struggle and as with other liberation movements this struggle must be fought in public; the liberation of animals must be gained within, together with and also against society. We as a society are responsible for the fact that humans still dominate animals. In the same way we can play a role in changing human-animal relations. And to those who support the realities of animal exploitation and who benefit from them, but also to those who accept them, we must present these very realities again and again, and we must ask them to change their actions. Sadly, there are far too many vegans who believe it is sufficient to follow a vegan lifestyle and to shop for vegan products. Having vegan meals that are simply tasty enough, shopping at vegan supermarkets and trying not to appear as an “irritating”, “extreme” vegan, however, will not change relations of exploitation. We will not free the animals through our shopping but only through fundamental changes – of consciousness, in society and in our economic system.

All this isn’t nice, isn’t easy, isn’t fun. It is exhausting, irritating, frustrating and often connected with fear, desperation and the feeling that you can’t go on or just want to stop. Sometimes you want to close yourself off to things and just to enjoy spending your life in shopping centres. But a different society does not come about as a side-effect of a lifestyle. The liberation of animals and changing the conditions that cost billions of animals their lives require political thinking and acting. For this it is necessary that people become informed about the larger economic and social context and look behind the pretty facade also of vegan shopping and lifestyle.

In order to support the sanctuaries, however, we still have to look for something as common as money. As mentioned above, the animals living there need food, vet care and their homes need to be maintained, and all of this can only be had for money. These animals must be cared for until the natural end of their life – in dignity and with as much freedom as is possible for them under the present circumstances, and this is something the entire animal liberation movement as well as all other vegans should feel responsible for. Why don’t we consider it a matter of course that every visitor to the vegan Christmas market or Street Day donates one, two or five euros for the participating sanctuaries and projects or that they buy their cake at the stall of an organisation or group rather than at a commercial one? Or that those who can afford to sponsor an animal or make donations on a regular basis? Sanctuaries send out a signal to this society in which animals hardly have a chance to survive. A signal demonstrating what the transition to a world without animal exploitation could look like. And this is what we have to strengthen and develop further. Maybe this isn’t as colourful and fun as vegan events. Veganism, however, has a potential to change the conditions for animals so that one day they can be free – and to eventually render sanctuaries unnecessary – not as a lifestyle, but only as an intentional part of the liberation of animals.